Skip to primary navigation Skip to content Skip to footer

History of the Bush House 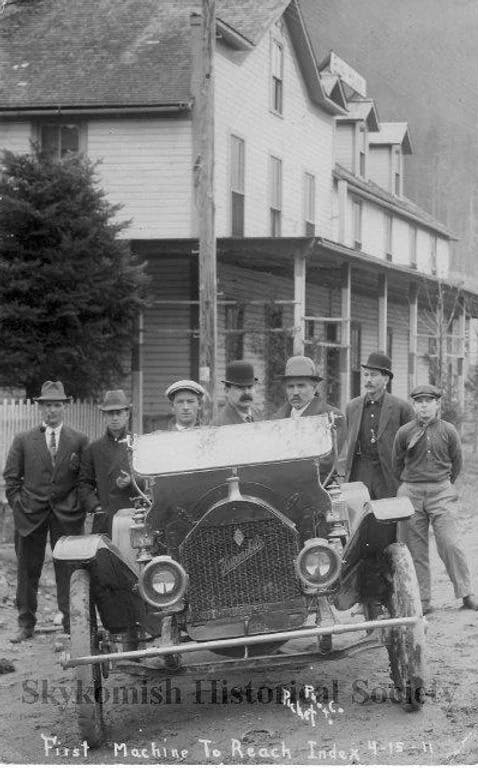 The historic Bush House Inn, saved from collapse by new owners in January 2011, underwent an intensive renovation plan to restore the last remaining hotel and restaurant in Index, Washington as a vibrant business.

Guest rooms were completed in July 2021, and work continues on the event spaces and restaurant.

The three story building had been closed since 2002 and plagued by age, weather, and vandalism. The sale of the property in late 2010 came as a welcome surprise to local residents who feared they had lost another local iconic structure. The new owners, Blair and Kathy Corson are Index residents, have just completed renovations on another community icon; the Index Tavern – now known as The River House; an Outdoor Adventure Center for rafting and family recreation.

The Bush House is a Pacific Northwest treasure and maintaining its status as a Washington historic place is an important component of the project. Since 1898, this building has played a significant role in the Index economy, and we believe it can do that again.  – Blair Corson

Several photographs of the building taken in the early 1900’s have been located and are being used to ensure that the building retains its original appearance, and local historians are assisting in the design process.

In 2015 Dan and Carol, a local historian and both musicians with a family member who narrowly survived the Wellington train disaster, became partners in the Bush House restoration project. As a team we immediately reconstructed the historic porches and event spaces within historic context for sustainability and to provide space similar to the Redman Hall which had collapsed. Major improvements to the building include a fire suppression system, in-floor heating, wifi throughout, projector for film festivals, sound system for conferences, stage for music and events, wine cellar, and an ADA lift.

The completed building will once again serve the Index community by providing jobs and revenue, and strengthening the recreation economy.

Read about the history of Index, Washington on www.historylink.org. View our renovation page for more Bush House project details and check back often for updates!